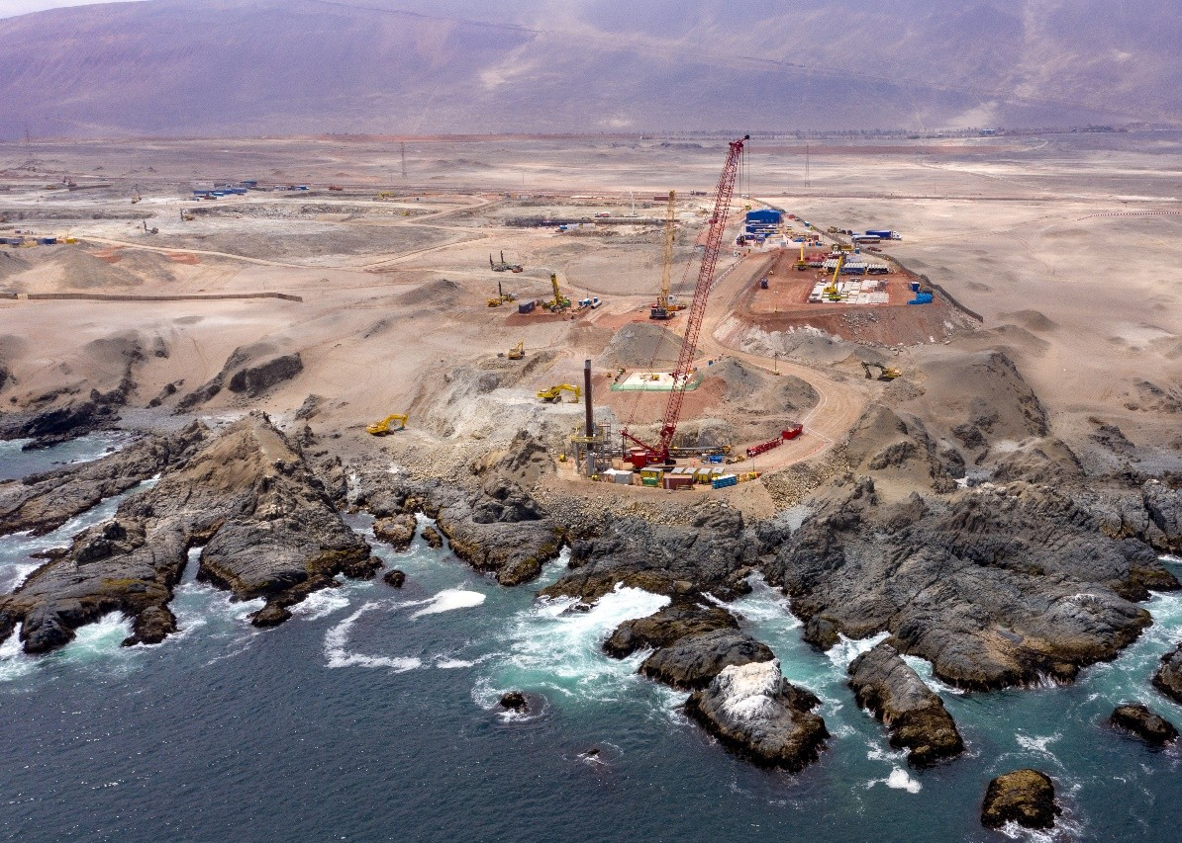 The Quebrada Blanca mine is located in Tarapacá Region of northern Chile at an elevation of 4,400 metres, approximately 240 kilometres southeast of the city of Iquique and 1,500 kilometres from Santiago. Teck holds an indirect 60% interest in the mine. Sumitomo Metal Mining Co., Ltd. and Sumitomo Corporation together have a collective 30% indirect interest in the mine. ENAMI, a Chilean state agency, has a 10% non-funding interest. Quebrada Blanca is an open pit operation, which leaches the ore to produce copper cathodes via processing in an SX-EW plant. Copper cathode is trucked to Iquique for shipment to purchasers. Mine personnel live in a camp facility, and the majority commute from large population centres, including Iquique, Arica and Santiago. Quebrada Blanca produced 21,100 tonnes of copper cathode in 2019, compared to 25,500 tonnes in 2018.